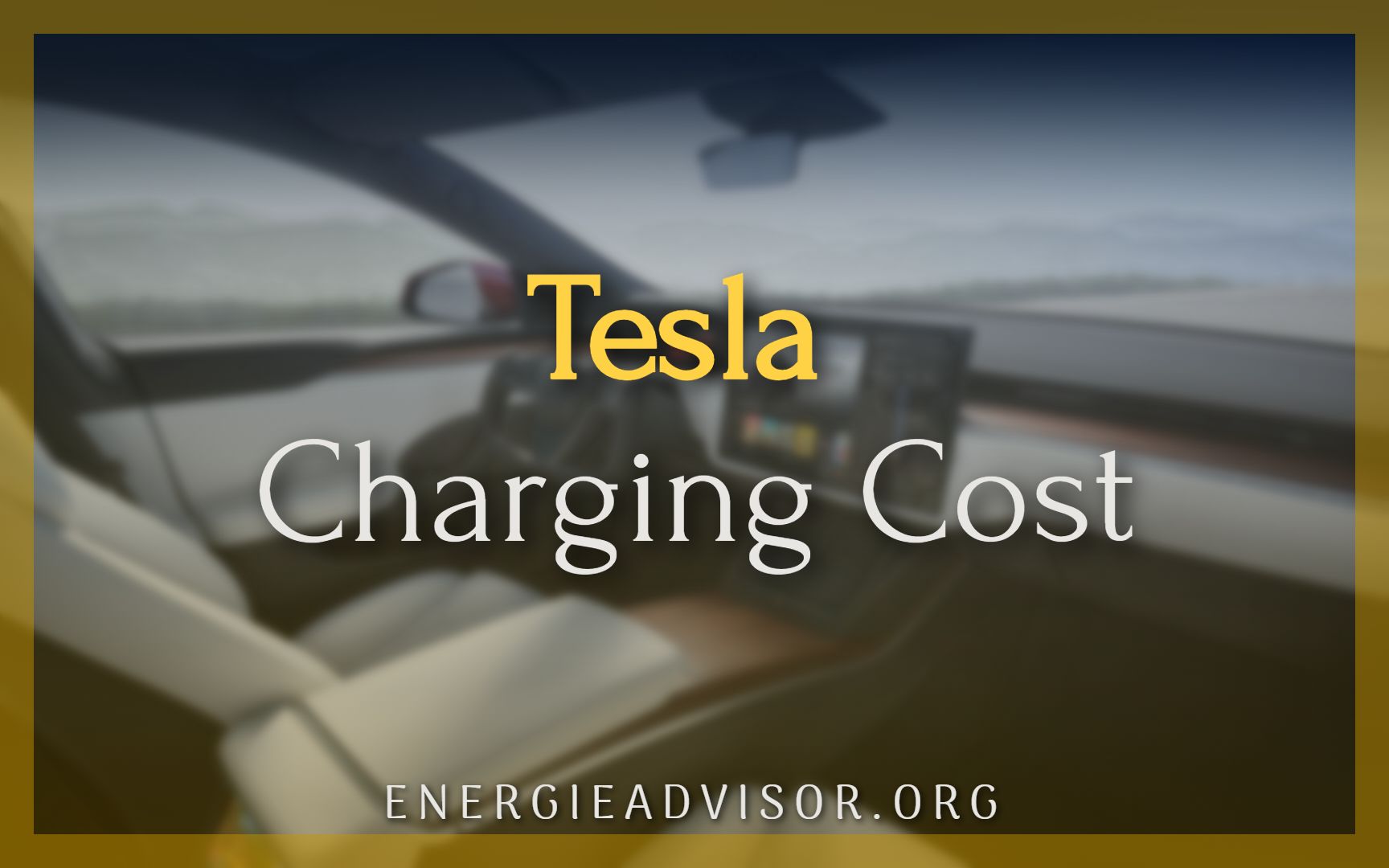 There’s no doubt that electric cars are our future. Mainly because they will greatly contribute to saving and protecting our planet, but also because they will allow us to conduct serious cost-saving measures.

However, at this very moment, when electric vehicles are present on our streets but in very small numbers, there’s a debate going on pretty much constantly, and it refers to – whether or not investing in an electric car right now is a smart move.

There are so many questions that are relevant to this subject, like where you can charge your car, how convenient this process actually is, how long does the charging last, and finally – how much charging an electric car costs.

Given that Tesla is the world’s most famous electric car manufacturer, we were wondering how much it costs to charge a Tesla, and is it really cheaper than charging a regular car with gas.

We are now going to move to this topic, but before we do that you need to know that the cost of charging Tesla will depend on two factors – the model of your Tesla vehicle, and the way you use your car. 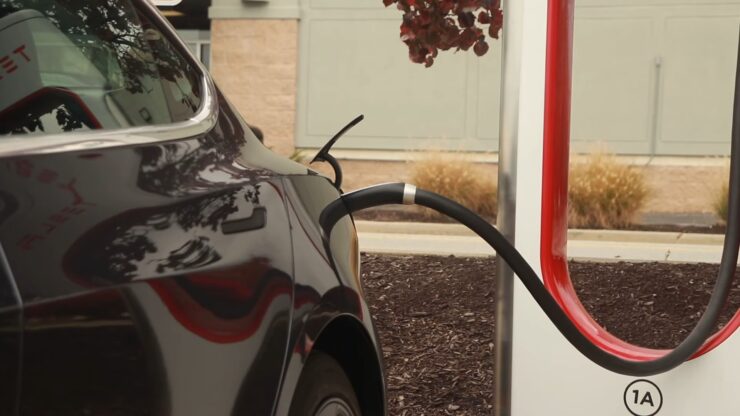 If you are thinking about investing in a Tesla Model X, you should know that the Tesla charging cost will be determined by several things.

First, it will depend on whether you decided to use Tesla supercharger stations and free charging offered for this model or some other charging station, but also it will be dictated by the size of the battery that comes with the car.

The company will offer you battery packs that have a capacity between 60 and 100 kWh.

Now, let’s presume you purchased this Tesla model with 100 kWh battery and that you are paying 13 cents per kWh, which is the national average cost for power across the US.

Also, we will say that the car’s charging efficiency is 85%, which is typical for standard home charging stations, and that this model has a range of 305 miles. The conclusion is you will have to pay a little more than $15 for a full charge, which means the cost for one mile will be 5 cents.

If however, you are calculating how much it will cost to charge a Tesla Model 3, the answer is even less than Model X. This car, or more precisely the Long Range version, comes with a 322-mile range, and with 75 kWh battery pack.

We are doing the calculation based on the average national electric pricing of 13 cents per kWh, and on presumption, the charging efficiency is still 85%. And in that scenario, it will cost you exactly $11.47 to fully charge your electric vehicle. That furthermore means you will be paying $3.6 cents per mile when driving Tesla Model 3. 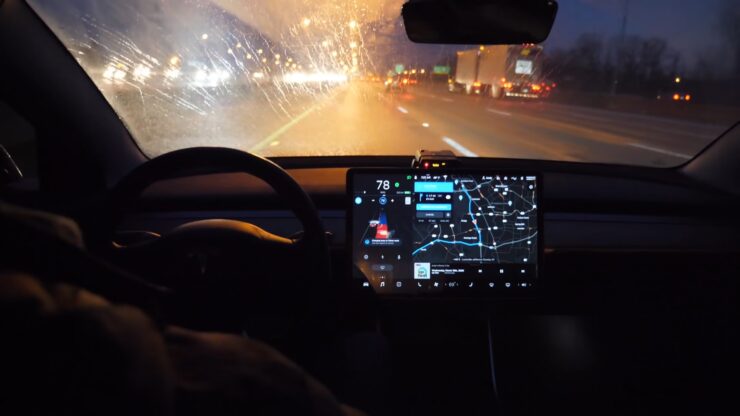 There are two versions of the Tesla Model S vehicle – Long Range and Performance, and both of them come with a battery that has 100 kWh capacity.

Now, the Performance electric car has the range of 348 miles, and if we take that the average cost of electricity is 13 cents per kWh and that the vehicle has 85% charging efficiency, the price of a fully charged car will be somewhere around $15, which is 4.4 cents a mile. But this model too, just like the Tesla Model X can be charged for free at Tesla supercharger stations.

Even though it’s obvious that you will be saving a lot of money after you buy an electric vehicle, the truth is you can save a lot more if you charge the car with solar power instead of regular electric charging stations. Home solar systems are the ideal solution for you if your house is suitable for this sort of installment.

In general, solar power can be generated for 5 cents per kWh, and that should lead to paying only 35% of standard electric car charging cost, which is impressive, you have to admit that.

In some states where the electric utility rates are significantly higher than the national average, like in New York, California, New Jersey, or Massachusetts, charging Tesla through a home solar panel system will be 65% cheaper than if you are to use grid electricity.

Now, you probably won’t install a solar system solely for the purpose of charging your car, but if that’s something you were considering before, buying an electric car could be additional stimulation for you and a push you needed in order to finally decide to go solar.

The cost of setting solar panels at your home can be more or less affordable, depending on where you live and how big of a system you want.

If you want it to be provided with the best possible production, you should consult with the solar installer about the number of solar panels, and you should face directions by zip code and see what the best angle for your solar installation is.

But in general, according to recent studies, driving a car with an internal combustion engine will cost you around $90 a month, or $1100 a year.

Now, if you calculate the average cost of charging an electric car per mile, no matter which model we are talking about, it will be clear that gas-powered vehicles are a much bigger burden on your budget.

But in this matter, there is another thing we need to focus on – the type of vehicle. There are ICEs, or internal combustion engine vehicles, which include diesel, gasoline, and biofuel options, then we have electric cars like Tesla that are fully based on battery power, and hybrid vehicles where we have two options.

We differentiate plug-in hybrids that will shift to gasoline after the battery is empty, and hybrids that use gasoline to power a generator in order to create electric power.

Pros and Cons of Electric and Gas Car


In order to have a clearer picture when deciding to buy a new car, you should know about all the benefits and shortcomings of both gas and electric vehicles.

When it comes to gas-powered cars, their biggest advantage is that their upfront cost is usually lower, as well as the fact there is a huge variety of both new and used cars you can choose from.

Another important thing is that gas stations are pretty much located around every corner, so you won’t have to logistically plan when or where you are going to refuel the vehicle.

Regarding the downsides, gas cars are more expensive to maintain and constantly refuel, and they are generally bad for our environment given they are based on burning fossil fuels and therefore contributing to global warming.

On the other hand, we have electric cars that are much cheaper to operate, which is a huge deal looking long term since that factor only will allow you to save up a lot of money each year.

And with a Tesla supercharger, the cost of charging your vehicle will be extremely low. Also, they are great for the environment because there is no emission of hazardous substances, and they are easy and cheap to maintain.

The disadvantages of electric vehicles lie in the fact they are pretty expensive to buy at the moment, the insurance for them is pretty expensive as well, but that’s something that’s probably going to change in the future, so they will become more affordable to most people.

Now, if you already have or you decide to build a solar installation at your home, you will reduce your charging costs significantly. Also, charging stations are not that common still so you will have to plan well where and when you should go when you need to recharge your car.

Overall, we can conclude that both car types have their good and bad arguments, but the fact is electric cars have the tendency to overpower the standard gas vehicles.

There’s no doubt that they can be equally good performance-wise, Tesla electricity vehicles proved that to be true, and better in two most important aspects – money and environment wise, so it is pretty much expected to see this shift in the near future.

We can say with certainty that we provided you with an answer to the question – is Tesla charging cheaper than gas. And you are now definitely aware that it is, significantly.

Yes, there are still other things to concern about when buying a new car and thinking about investing in an electric vehicle, but given that EV is our future we believe those problematic aspects will adapt to our needs pretty soon.

The idea of using a solar power system for charging a vehicle makes it even more appealing than before, given that this move can lower your expenses dramatically for years to come. You can even think about building a solar carport which will have a double function – to protect your car from bad weather and to generate electricity from the sun.

We suggest you take your time and think about all that with calm, but keep in mind all the benefits you will gain and bring in your everyday life if you decide to go with electric cars and latest technologies.