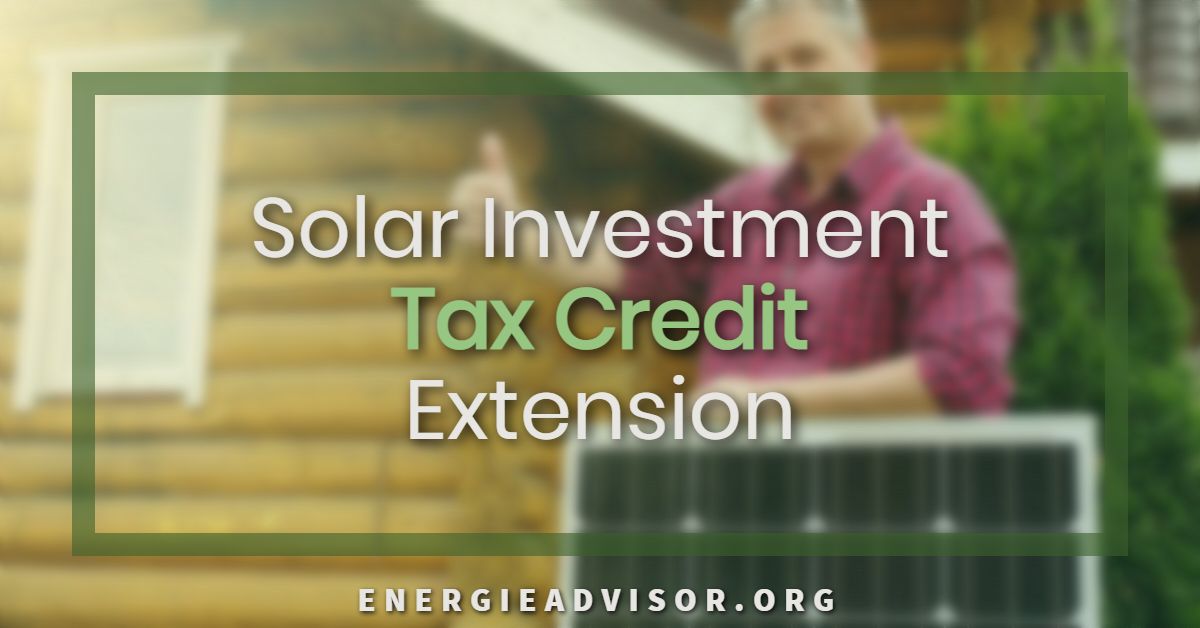 Here is some good news for all environmental enthusiasts who would like to invest in solar projects and base their households on renewable sources of energy. At the end of 2020, the authorities announced that the solar investment tax credit will remain at 26% for two whole years, even though there were speculations about the solar tax credit for 2023 dropping four percent.

That pretty much means that every solar project that starts between 2023 and 2023, no matter if it’s a commercial, a residential, industrial, or a utility-scale one, will be able to get a tax credit at 26%. The Government’s decision to lower it down to 22% this year has been postponed and moved to 2023.

It’s pretty clear that this solar ITC extension will allow so many more people to dive into much wanted solar projects under the same terms as their predecessors, but also that they should hurry and stop hesitating because a couple of years from now, the conditions will change drastically.

According to new official information, no-one will be able to get more than 22% tax credit in any market, and commercial markets, as well as utility ones, will be locked with 10% starting 2024.

Solar tax credits were extended thanks to the support of many people that were not part of the industry, like congressional leaders or more than 200 bipartisan mayors. But still, this decision came as a surprise given that so many bills that were introduced in the past years with an attempt to extend the solar ITC have been rejected.

The fact is this extension came as a result of the economic disaster that follows the current pandemic situation, and apparently, Congress wanted to provide their fellow Americans with some support and good news. The idea was to make sure as many people as possible get an opportunity to be part of the American energy economy rebuilding that will be implemented in action during the next couple of years.