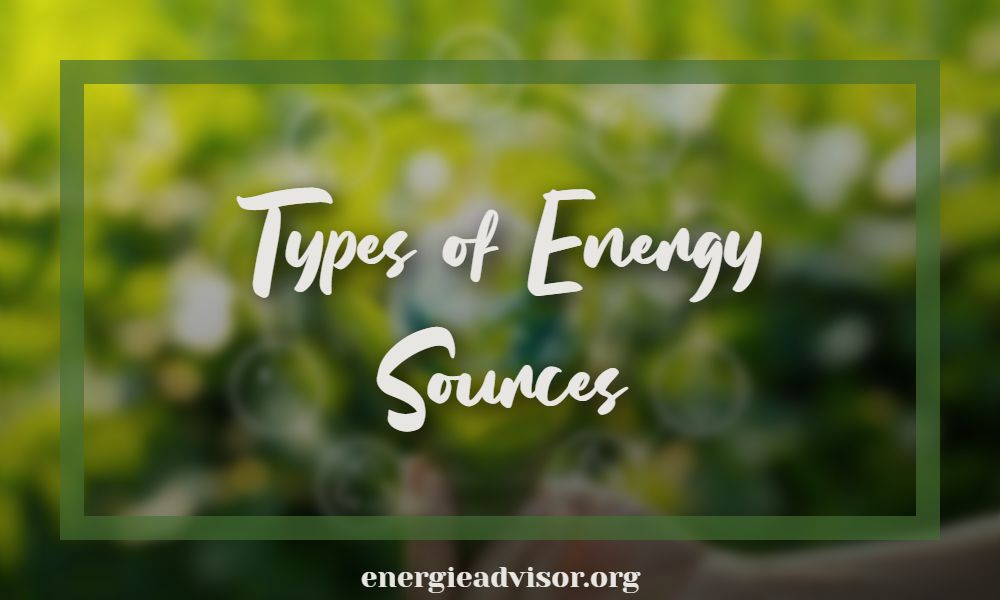 There are many different sources of energy nature gave us unconditionally, so we can use them to generate power. It sounds unbelievable, but those forces are so strong and constant, that with the help of them, we can provide everything we need in this modern-day life.

Thanks to the sun, wind, earth, and water, we can generate electricity that will run our cars, lighten up our lights, provide heat for our homes, etc. Here are the top ten energy sources all of us can use.

Solar energy is the energy of the sun that’s collected by solar panels and then generated into electricity. We know that the number of house owners who decided to use solar systems in order to power up their homes is getting bigger and bigger every day, but there is also a possibility of using power from small substations that are supplied by solar energy through huge panel fields placed in deserts, for example.

There is, however, one problem with solar energy. It is not available to everyone with the same capacity. How much solar light you will get depends on where you live, the precise location.

Even though solar power is definitely number one when it comes to natural energy sources, the wind is slowly becoming its fair rival. The whole idea around this phenomenon is to use the power of the wind to launch and turn large wind turbines that will power up the generator and create electricity.

The wind farms are very popular and widespread, but there are some questions regarding the environment that created some concerns and needed to be asked. For example, how do they affect our environment? It is proven that wind farms could be dangerous to wildlife, especially birds, and there is also a matter of noise produced by turbines.

Geothermal energy is sustainable power created inside the ground we are walking on. Radioactive partials beneath the earth’s crust are raising the temperature in the ground. Because of that, hot rocks are turning water inside the core into steam, and steam is making the ground turbines work and generate electricity.

This natural source is usually used for residential or industrial needs for space and water heating, but the greatest problem with it is the fact that it is not available all around the world. Geothermal energy can be produced only at specific spots.

When we talk about hydrogen energy, we actually talk about water power, because two-thirds of water’s chemical construction is this element. It can be used as a fuel that will generate electricity if it gets separated from other elements.

Hydrogen is another source that can be used to provide our homes with lights and heat, but it can also power rockets, ships, cars, and other vehicles. The best thing is that it is a renewable source that can be created on demand, and it will not leave any harmful traces in the atmosphere.

The energy created by the tide is quite unbelievable. It is based on kinetic energy that follows incoming and outgoing tides that are converted into electrical energy. Coastal areas are known as the best ones to use this sort of natural source.

That’s one of the greatest advantages of tidal energy if you look at it from the perspective of coastal people, but it is also its huge disadvantage, given that it’s therefore limited to certain areas. Another thing that’s a downside is that it seeks great investments in order to be used. Tidal energy is a renewable source of power, and it has the ability to produce a significant amount of energy, even in situations where tides are at the lowest speeds.

The ocean turns out to be tremendous and has multiple sources of energy. Besides tidal, there is also wave energy that is based on the movement under the water surface. It is one of the greatest sources of energy since it is environmental-friendly, renewable, and safe for the atmosphere.

Same as tidal, it can be used in coastal places, so those countries don’t have to be trapped by the dependence on fuel that is purchased from foreign countries. However, there are some downsides of wave energy – it can be harmful to the marine ecosystem, it can disturb water vehicles, and it is very much dependent on wavelength.

A huge number of people, the whole cities, actually can be dependent on hydroelectric energy. This source has excellent power. Every damn work on the strength of water because it is used to turn the generators, which then produce electricity.

That way hydroelectric energy supplies electrical stations with electricity everyone can use to power up their homes, machines, vehicles, etc. The biggest problem this type of energy faces is the fact that most dams are old and technologically outdated, and it takes a lot of work and money to make them more safe, productive, and current.

Organic materials can be transformed into biomass energy that can be used in many ways. We are talking about crops, trees, plants, wood chips, yard clippings, and animal waste. All those things can generate power adequate for home heating, and cooking or they can be used for fuel in industrial production.

The whole process is based on burning biomass materials in a combustor or furnace, which will produce hot gas. Then, that gas goes into a boiler that will generate steam, which will be expanded by the steam engine in order to produce usable energy. The disadvantage of this source is that it can create a big amount of carbon dioxide, which is released into the atmosphere.

There is a huge dilemma about how efficient and safe it is to use nuclear energy as a source of power because of the dangerous waste in leaves behind, but the fact is that at this moment, it is one of the biggest renewable sources of energy in the world.

This energy is created thanks to the unique nuclear reaction, which is then collected and directed into the power generators. This energy is usually used for generating heat through steam turbines that create electricity in nuclear power plants. Nuclear power can be generated by nuclear fusion, nuclear fission, and nuclear decay.

If we are talking about fossil fuels, we are referring to the coil, natural gas, and oil. These are the main sources of power in most parts of the world. Oil can be transformed into several products, but the most popular is gasoline, while natural gas, which is not so popular as coil and oil, is presented in the form of heating sources and power that launches vehicles.

The reason there is a huge controversy when it comes to using these natural sources is the fact the process of getting them out of the soil and converting them into usable power is causing heavy destruction and pollution of the environment. Besides that, people forget that these sources are limited, experts predict that we will be able to use them only for another 100 years.

There is no way we can say with absolute certainty which one of these energy sources is best for us. They all come with some advantages and disadvantages, it’s up to us to assess what are our priorities, and what will create less or non-damage to our planet.

Experts are underlining that the most important thing is to change the way we consume energy that comes from nature and to create a balance that will make these sources sustainable.