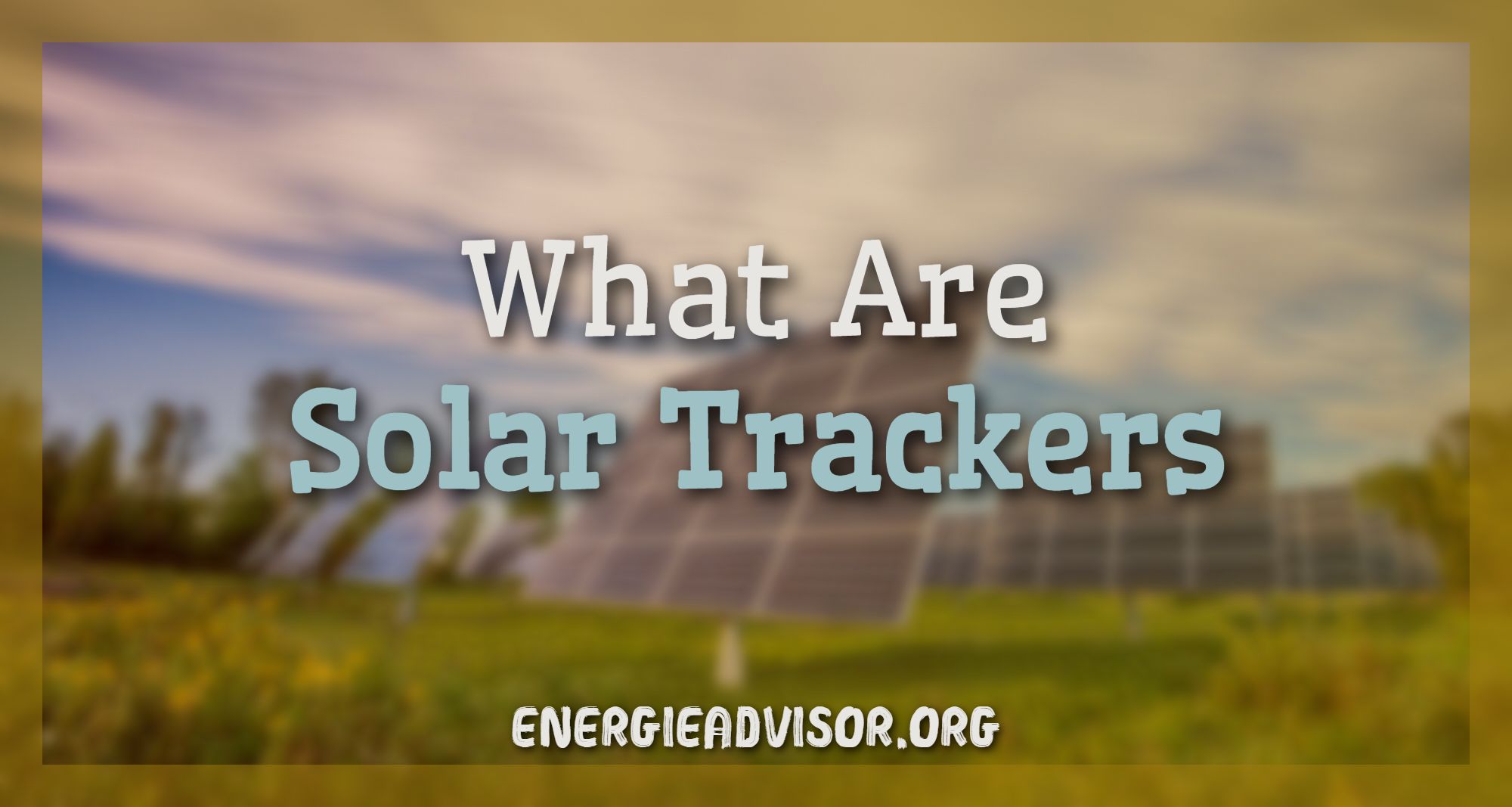 Solar technology is constantly evolving, and companies that design solar panels are competing with each other to develop a new pieces of equipment that will increase their efficiency and productivity.

Solar trackers are one of these discoveries since they have the ability to make solar panels follow the sun’s path throughout the entire day so that they can provide better power output.

How Do Solar Trackers Work?

Solar trackers are based on specific software and drivers that allow them to track and follow the sun’s location at any time. There are sensors that react to the light that comes from the sun and linked motors that follow the GPS coordinates of the sensor’s position.

The system is very basic but extremely effective. Now, some solar tracking systems will rotate with the help of compressed liquid and gas that moves through driver channels because of the exposure to sunlight, while others will work based on small PV panels that can power their driving systems up.

There are two main types of solar trackers – single-axis and dual-axis ones. So we are now going to see what the main differences between them are and which type is better and more effective. 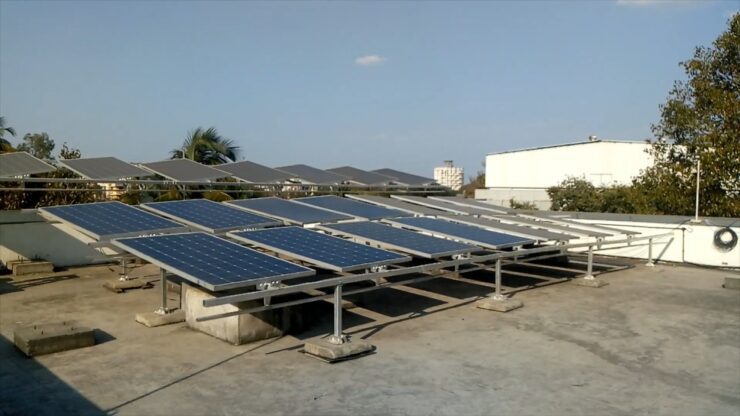 Single-axis trackers use a single point to rotate, and they are moving by panel row or by section in unison. Also, they track the sun east to west, and up from recently, they became a standard part of utility-scale applications. One research showed that two years ago, around 70 percent of utility-scale applications used single-axis solar trackers.

And the fact is the growth in their overall presence is outstanding because several years ago, they didn’t even exist as part of this utility-scale market or were used in a small percentage, but today they are an irreplaceable part of it.

If you compare single-axis with dual-axis solar trackers, you will see single ones will collect less energy per unit, but they are way easier to handle when it comes to operating and maintenance. Also, they need less space when being installed, and you can choose between centralized and decentralized single-axis tracker types.

Those centralized are powered up with one motor only, and the driveline between rows will move the segments of panels. And decentralized trackers have one motor for every tracking row so they can move independently.

The whole idea that stands behind single-axis solar trackers is for them to work like Venetian blinds, or at least it was at the beginning, but today the technology is way more advanced, and there are plans to install some software into these solar trackers that could make solar rows substitute for row and horizon shading, adverse wind conditions, and diffuse light.

You should bear in mind that when the day is cloudy, and there are no direct sunbeams, but we receive diffuse light, solar panels don’t have to be turned directly to the sun because there’s no guarantee they will generate the energy best, so the tracker may move them to lay horizontally in order to catch that diffuse light better. So even in that case, trackers will be very useful.

Also, in case there are extreme wind conditions, solar trackers will move panel rows horizontally in order for them not to be damaged, and some advanced models have system-level monitors that will establish which rows are not affected by the wind so that they can continue tracking the sun rays.

These single-axis solar trackers usually are a bit problematic when it comes to them being installed on steep, undulating topographies, but newer models are making it a bit easier since the technology they work on is being optimized to work better in that type of region. Besides that, they are being adapted to withstand colder climates and extreme snow loads. 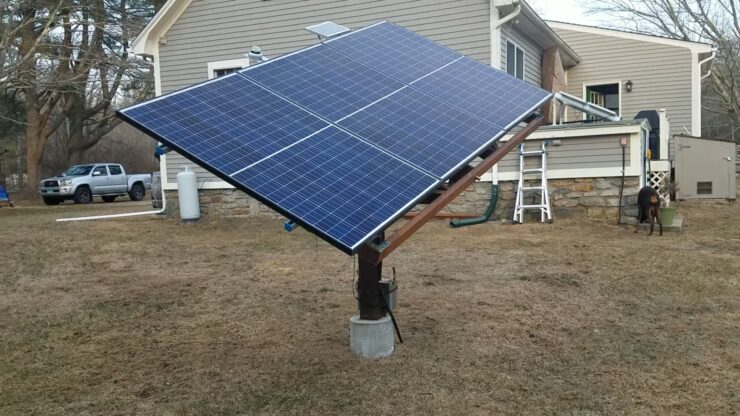 Solar panel tracking is probably better with dual-axis devices since they rotate on both Y and X axes allowing solar panels to track the sun directly. The Earth’s rotation that depends on the sun is not always the same, its arc varies from season to season. The dual-axis trackers can follow the sun’s path all the time, regardless of the lack of coexistence of its movement, which is why they are a better solution than single-axis devices.

They will simply deliver a greater energy yield. In fact, the solar system based on dual-axis trackers will produce 30 to 45 percent more energy than those fixed-tilt solar systems. Even though they are nowadays used for utility-scale applications, or at least they are starting to, dual-axis solar trackers are more often installed in residential areas.

One dual-axis solar tracker can cover 20 panels per unit, and they are being installed on top of an elevated post in order to allow solar panels to reach a greater range of angles. But bear in mind that the higher the elevation is, it will be more difficult to reach solar panels in order to clean them.

Also, these trackers are mainly used for ground-based solar systems, so you can elevate them enough to use the space above them as a carport or place for agriculture. When it comes to rooftop solar systems with trackers, they are in a development process.

Solar trackers are definitely something you should consider having if you own a solar system, given their usage can lead to increased energy production. There’s no doubt that they will cover the initial cost and maintenance fees expenses over time.

Since they have the ability to track the sun’s movement and make solar panels take the right position all the time in order to generate more power, they will be worth the investment for sure.