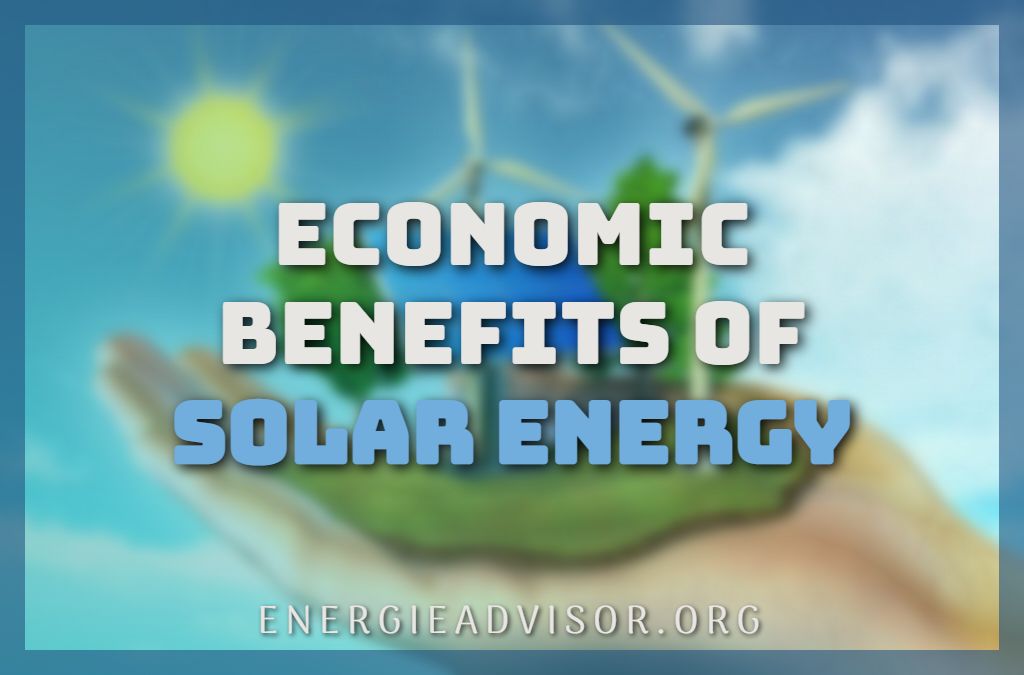 Going solar can be quite an expensive endeavor, that’s true, but there’s no slightest doubt that it will be worth it.

Not only will you save a lot of money on electricity bills in the future, but you will contribute to the most important environment-friendly movement’s goal, which is keeping our planet alive and in the best possible shape for all future generations we will leave behind. But for now, let’s focus on the most important economic benefits of solar energy usage.

There are, let’s say, more traditional ways of saving on electricity than switching to solar, like turning off the lights more often, at least when you’re not in a room, and taking it down a notch with cooling and heating electricity-based systems, but those things can only go so far. If you decide to install solar panels on top of your roof, there’s no doubt that you will cut down your electricity expenses dramatically.

Of course, how much exactly you will save depends on many factors – how many solar panels you have, whether you completely go off the grid or not, what you use the solar system for, etc. We talked about the average cost of utilities in US households, so you know that each state has different utility costs. Those people who live in places with high electricity rates will find transiting to solar extremely beneficial.

Having a solar system installed can help you not only cut down on electricity usage but earn money as well. If you have a solar system that’s powerful enough to cover all of the needs of your household and still generate more energy, you can send it back to the grid and sell that surplus to the local electric company.

But bear in mind that not every state has a NEM system and that these policies can vary a lot from state to state.

You are probably familiar with TOU (time-of-use) rates and how much they can increase your monthly electric bills. TOU rates are defined by your local utility, and they vary a lot depending on the time of the day. That means that electricity spent in peak hours, when demand for it is the biggest, will be the most expensive, while it will be the least expensive during off-peak hours.

Now, if you have a solar system with a battery attached, you will be able to use your home appliances whenever you want for the same cost because you won’t be blackmailed this way by the electrical companies.

If you wonder what are the economic impacts of solar energy, you should know that you can get both federal and state incentives that will make it easier for you to buy and install a solar system, and also to cover the investment in a shorter time frame.

That leads to being able to save a lot of money on electrical bills much faster than you anticipated. At this very moment, every person who decides to purchase the solar system can deduct the cost of it by 30% on the basis of federal income taxes. Also, many states and local governments have property and sales tax exemptions that can be quite helpful as well.

According to many analyses, investing in the solar system is a great decision because it will increase the value of your home significantly, among other things. So if you think you may want to sell your place sometime in the future, it will be a good idea to buy and set up solar panels.

This move can increase the value of your property by $20.000 or even more. As you can see, the impact of solar power on economics is very diverse and extremely effective.

If you have a heating system based on electricity, your expenses may vary a lot with time. That’s because the price of electricity may go up at any moment.

But if counting on the sun’s energy, you will always be in a safe zone since the sunlight cost is zero, and because it is, and always will be there. It is a renewable resource, unlike natural gas or fuel. These energy sources are expensive, and they are contaminating our planet constantly.

Previously, we talked about the economic impact of solar energy, but let’s not forget that the money issue isn’t at the core of the solar concept.

It’s all about preserving the environment actually and making sure we are not destroying the planet we were given to live on. So here are several more important benefits than those economic ones.

According to EPA (Environmental Protection Agency), cars and other motor vehicles dramatically contribute to the creation of greenhouse gasses, which affects our environment tremendously. And the greenhouse effect is what causes global warming.

It may seem unreal, but the truth is that around 6.4 million people die each year from air pollution. The air we breathe is so contaminated that in some parts of the world, governments recommend their citizens not to leave their homes if it’s not necessary.

Given that fossil fuels we use every day contribute to air pollution in great amounts, every person who decides to go solar will help our planet to recover and to become free of all the pollutants and toxins.

It is a well-known fact that global warming in the past often leads to wildfires, hurricanes, some devastating floods, rising sea levels, and droughts. The consequences of these disasters lead to people facing the destruction of property and homelessness, increased food prices and, therefore hunger, as well as rising health care costs.

Relying on renewable energy in these scenarios saved a lot of lives, and it provided a perspective of the future disengaged from the negative social impact caused by the usage of fossil fuels.

The solar industry is growing each day, and it’s becoming stronger and more reliable. Since unemployment is one of the biggest problems of today’s society, we cannot forget to point out that this rising industry is providing jobs for so many people all around the world.